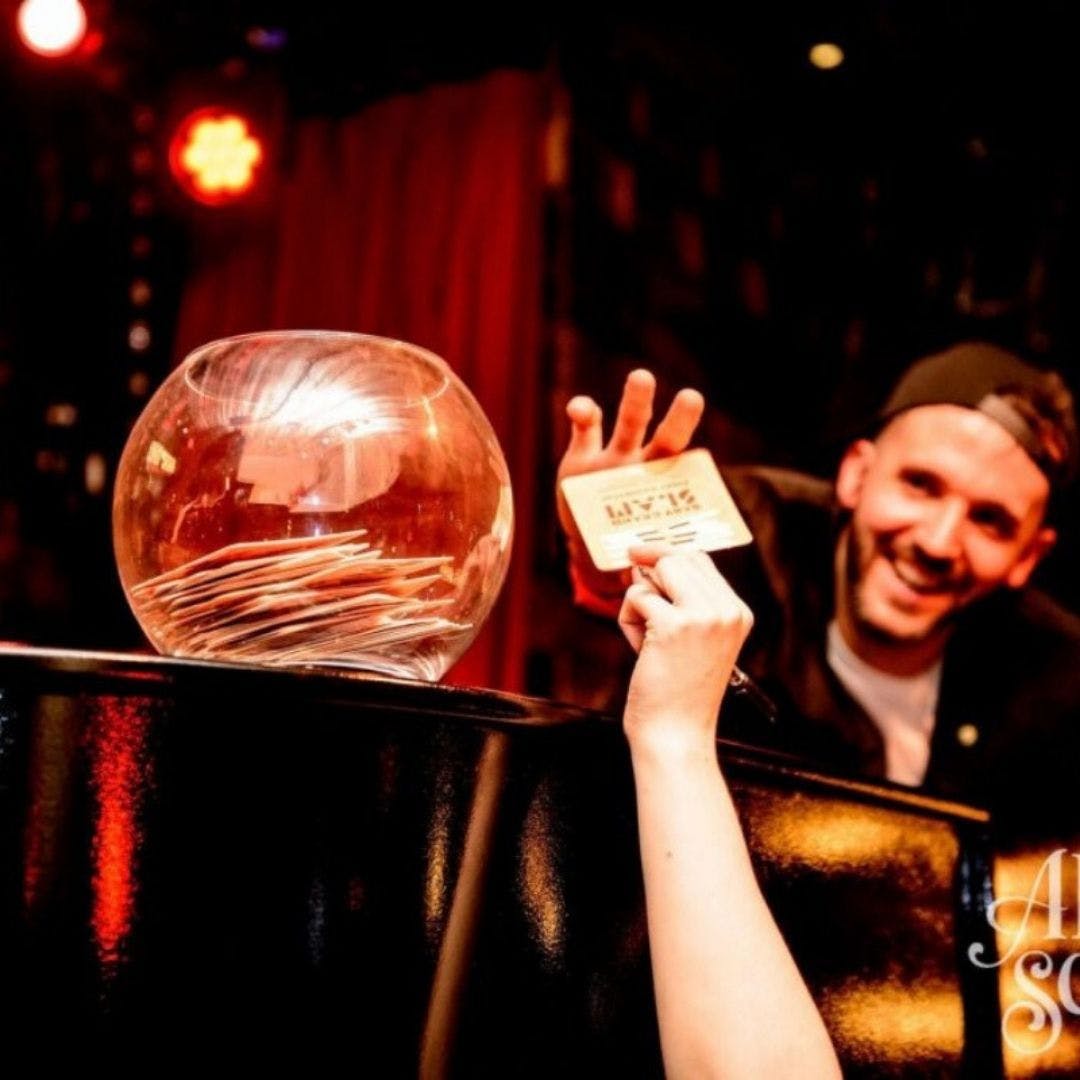 This week’s Baby Grand Slam has Chris Howard and Prima joining us on stage!

On a recent trip to the states, we were struck by the energy of the music scenes. In particular, the bar scene in Chicago, where piano duelling parties and live jukebox battles had us dancing (and drinking) on the tables until the sun came up.