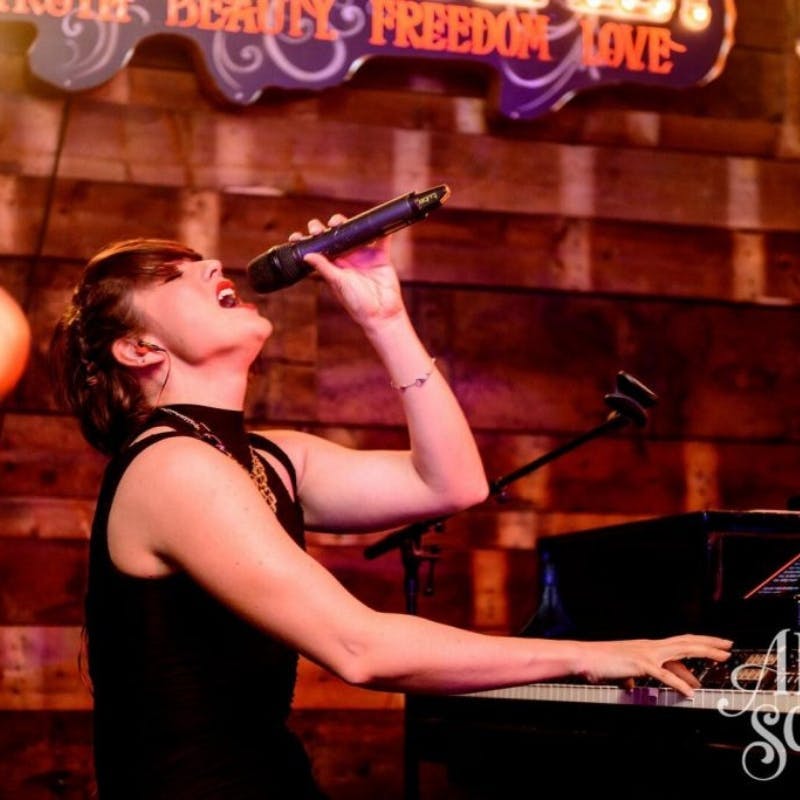 This version of Baby Grand Slam brings us 90s only covers!

Anything goes from this era and Ollie West and Prima will be smashing out your 90’s hits!

Prima demonstrates her unique ability to flick from different styles and genres while always maintaining her own distinctive style of no nonsense/from the heart lyrics, sweet, soothing RnB tones & lush melodies.

Ollie moved to Manchester in 2015 to study at the esteemed Royal Northern College of Music, his primary work is with his ensemble The Ollie West Band.

Joining them on stage is the Albert’s Schloss band with Alasdair Simpson on bass, Adisa Allen on drums & Thom Fripp on guitar!